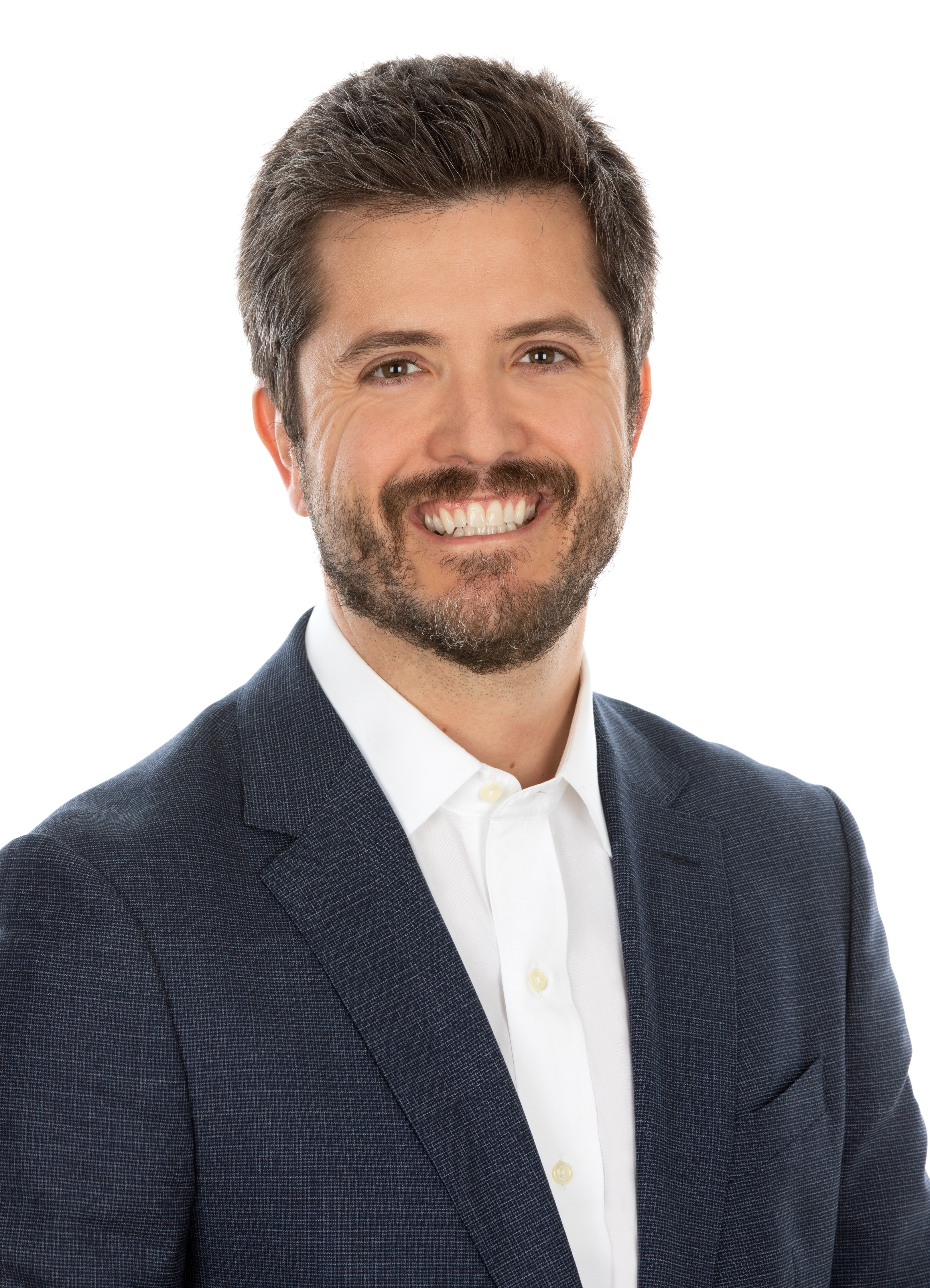 Owen Wagner is the Vice President of North American Grains & Oilseeds Analysis within Rabobank’s Food & Agribusiness Research group. In this capacity Owen is responsible for demonstrating the bank’s thought leadership with regards to emerging themes that will impact sector profitability in the medium to long term. Additionally, he acts a resource to internal stakeholders and valued clients across Rabobank’s rural and wholesale divisions in identifying risks and opportunities in the marketplace.


Prior to joining Rabobank in September 2022, Owen served 3½ years as CEO of the North Carolina Soybean Producers Association where led market development efforts and executed Board strategy. Before joining the NCSPA he worked for a UK-based agribusiness advisory and in the cranberry industry of Massachusetts. 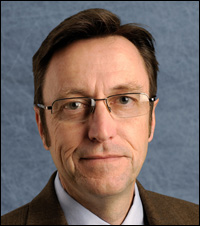 Blake Brown is the Hugh C. Kiger Professor of Agricultural and Resource Economics at North Carolina State University.  Since 1991 Dr. Brown has been a professor and extension economist in the Department of Agricultural and Resource Economics.  He has spent much of his career as a policy analyst working on farm policy, particularly tobacco policy.  A major focus was working with policy makers on the $9.6 billion tobacco buyout


After the tobacco buyout Dr. Brown spearheaded efforts to focus additional resources within the College of Agriculture and Life Sciences on value-added and alternative agriculture.  Most recently his research and extension efforts are focused on the impacts of FDA regulation on farmers and rural economies and the cost of compliance with Good Agricultural Practices for tobacco and produce farmers.


Dr. Brown earned his Ph.D. in Economics from North Carolina State University.  Before becoming a professor at NCSU, he worked as an extension agent for the NC Cooperative Extension Service.   He is married with one son.  He grew up on a beef cattle and burley tobacco farm near Boone, North Carolina. 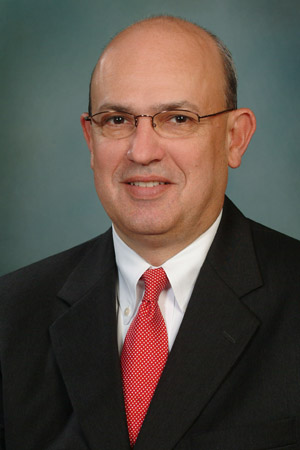 Michael Quinn is Vice President of Cotton Operations for Gildan Activewear. Gildan is a one of the world's largest vertically integrated manufacturers of apparel, socks and hosiery, leading the way in ethical and sustainable manufacturing practices. Gildan owns and operates vertically integrated, large-scale manufacturing facilities which are primarily located in Central America, the Caribbean, North America, and Bangladesh, employing approximately 50,000 direct employees worldwide. Gildan owns and operates 8 spinning mills located in North Carolina that consume in excess of 1 million bales of cotton annually.


Prior to working for Gildan, Michael was VP of Cotton Operations for Frontier Yarns, which was acquired by Gildan in 2021. Michael has active in the cotton industry for 25 years and currently serves as a member of:


Michael has a Bachelor of Science degree in Business Administration and Marketing from East Carolina University. 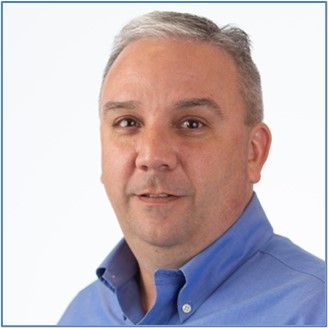 
In this capacity Mike is responsible for the sales strategies and growth efforts for the company’s agriculture and turf equipment products that are marketed and sold to local, state and federal government agencies. Efforts to support these various types of governmental customers range from those managing large acres of publicly landscaped land to state agencies that are researching the diverse range of agricultural crops that grow throughout the region.


Mike’s work in the agricultural and turf equipment industry started at Deere & Company, where he worked in areas including finance, forecasting, training, sales management and marketing supporting customers and John Deere dealers for more than 30 years. During his tenure in the government sales and procurement area, he led John Deere through record sales performance, new state contract opportunities, lobbying efforts and built relationships with procurement professionals serving as a vendor liaison for several government advisory board panels.


Mike holds a bachelor’s degree in business administration from Truman State University in Kirksville, Missouri and a Masters of Business Administration from Moravian College in Bethlehem, Pennsylvania. He lives in Raleigh with his wife Kelli, his two adult children reside in Raleigh and Wilmington, NC.

Former Under Secretary for Trade and Foreign Agricultural Affairs, USDA 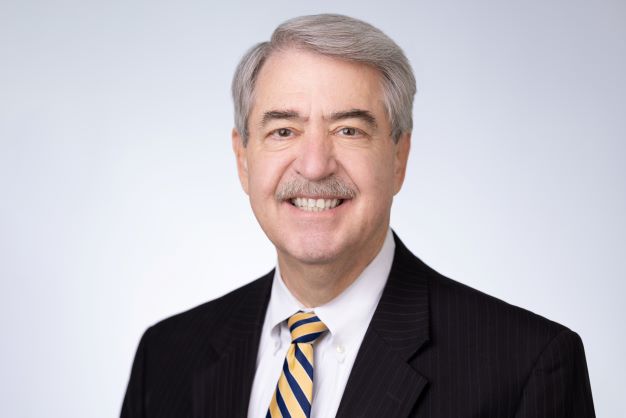 Ted serves as the Chief Executive Officer of NASDA, the National Association of State Departments of Agriculture, a position to which he was named in September 2021. Prior to NASDA, he was also the first U.S. Department of Agriculture (USDA) Under Secretary for Trade and Foreign Agricultural Affairs from 2017-2021. In that role, Under Secretary McKinney led the development and implementation of the Department’s trade policy, oversaw and facilitated foreign market access, and promoted opportunities for U.S. agriculture through various trade programs and high-level government negotiations. He also oversaw the U.S. Codex Alimentarius staff and functions.


After his USDA service, McKinney was engaged in foreign affairs and outreach involving the US food and agriculture industry and its engagement with the United Nations Food Systems Summits.


In 2014, McKinney was appointed by then-Governor Mike Pence to serve as Director of the Indiana State Department of Agriculture, a position he held until joining USDA in 2017. His career also included 19 years with Dow AgroSciences, where over time he served in nearly all Government & Public Affairs roles, and 14 years with Elanco, at that time a subsidiary of Eli Lilly and Company, where he was Director of Global Corporate Affairs. His industry and civic involvement is vast, including service as founder and Co-Chair of the National FFA Convention Local Organizing Committee, membership on the Indiana State Fair Commission, and Purdue College of Agriculture Dean’s Advisory Council, as well as on the boards of directors of the International Food Information Council and the U.S. Meat Export Federation.


McKinney grew up on a family grain and livestock farm in Tipton, Indiana, and was a 10-year 4-H member and an Indiana State FFA Officer. He graduated from Purdue University with a B.S. degree in Agricultural Economics in 1981, at which time he received the G.A. Ross Award as the outstanding University senior male graduate. In 2002, he was named a Purdue Agriculture Distinguished Alumnus and, in 2004, received an FFA Honorary American degree. He has also received the Sagamore of the Wabash Award from Indiana Governors Pence and Holcomb. He and his wife, Julie, have three children and six grandchildren, and reside in Alexandria, Virginia.


How can we make this page better for you?
Back to top